Where Is My Computer? A Traveler’s Tale of Woe! 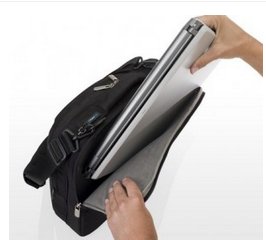 A friend of mine told me of a business colleague who needed to travel to Saudi Arabia for business. It was company policy that while traveling, all executives needed to take a company-issued computer, which is sanitized and configured for international travel.

The executive would have none 0f it, insisting that he wanted to take his personal computer instead. He and the head of security had a heart-to-heart talk. The reluctant executive accepted the company-issued computer for this trip.

However, it seems the executive still had other ideas as they found the company-issued computer on his desk the day he left town.

What happened next is a tale of woe.

On entry to Saudi Arabia, the executive’s personal computer was examined along with his luggage. He and his bags were cleared but his laptop was not so lucky. It was seized because it contained ‘pornography’. It’s not what you think. You see the executive had photos of his kids swimming in his backyard pool. They were wearing bathing suits. This is innocent and harmless to American values, but was considered terribly offensive to the Saudis.

The executive completed his business and was forced to return home without his beloved computer.

After weeks of deliberations by the IT and security teams at his company, the Saudis finally agreed to release his computer and ship it back to the US, minus the photos of the kids.

This should have been sufficiently embarrassing, but there is more.

When the computer came into US customs, knowing that the Saudi’s had seized it and had access to its contents, the customs authorities also seized this computer on the possibility that the Saudi’s had compromised the laptop and may have installed some kind of malware that would be a threat to US national security.

Once again, the IT and security departments of his company had to negotiate with the US Security agencies.

After 4 more months, this computer was finally released and returned to the executive.

Moral of this story, listen to your IT and corporate security teams. You are going on business, and your personal needs should never out way those of your organization. This foolishness cost the company hundreds of hours and thousands of dollars. The executive went without his personal computer for a very a long time, not to mention the humiliation he endured for his stunt.

Tip: When taking any electronic device outside the United States, check with each country’s Embassy and the US Department of State for the latest guidelines of what is acceptable or not on your trip.